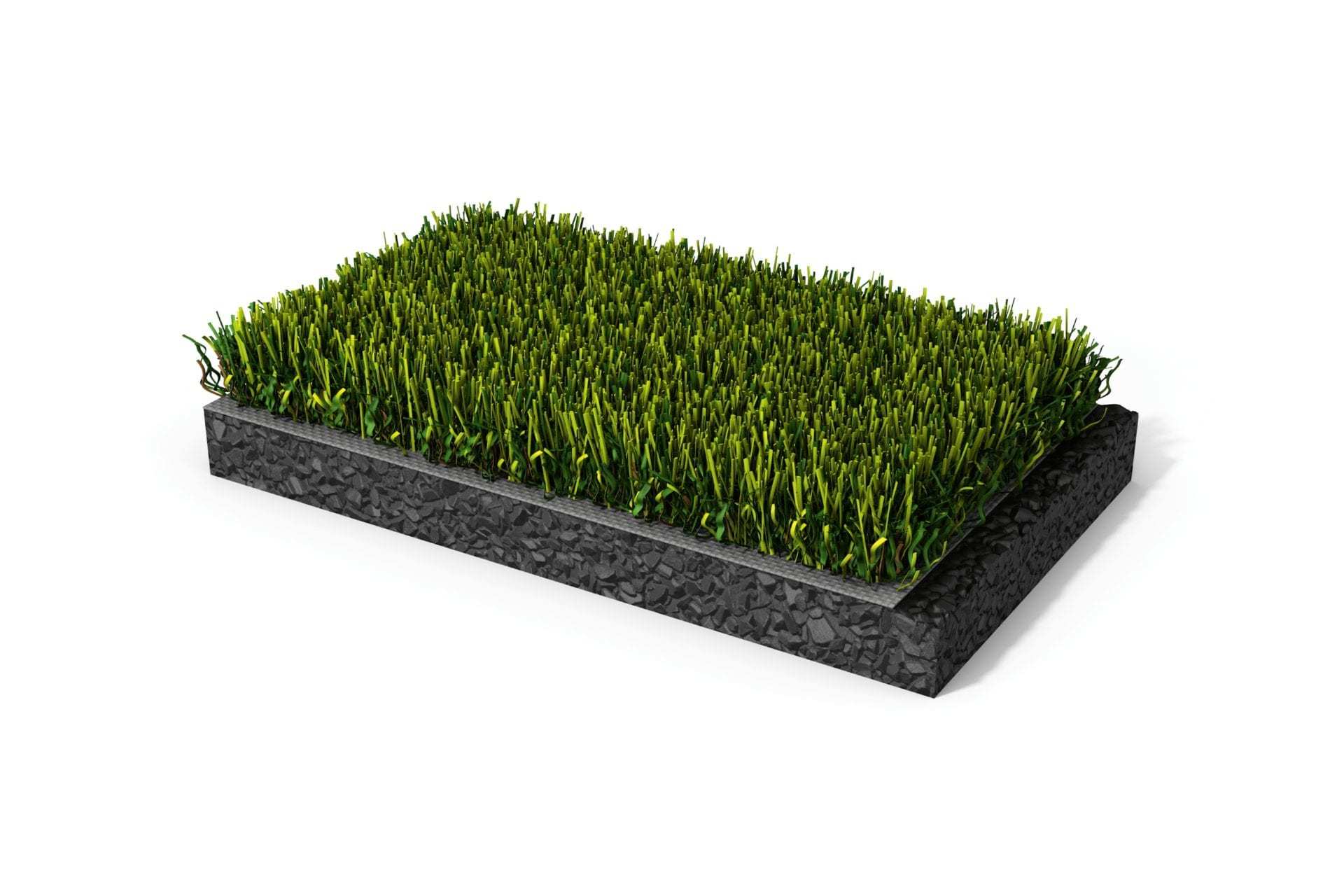 A highly functional synthetic turf system for football that doesn’t use infill crumb? Thanks to Polytan, what was previously only standard in field hockey is now also finding its way into the world of amateur and professional football. LigaTurf Motion, the product innovation presented at this year’s FSB, combines three different synthetic yarns in one system for the first time, offering playing properties that come very close to the sand and rubber-filled synthetic turf systems that have been proving their worth for many years.

Polytan has responded to the public debate about infill in Germany over recent months by developing a synthetic turf for football that doesn’t use a rubber crumb, cork or any other performance infill whatsoever. What is so special about the innovation is that it doesn’t come at the expense of the playing properties of the pitch – they remain roughly as good as those of the sand and rubber-filled synthetic turf systems that have been established for many years, where it is the infill that is primarily responsible for the good playing properties and player protection.

With its LigaTurf Motion, Polytan has now succeeded in bringing onto the market a synthetic turf that is also suitable for football despite the lack of infill. It was the clever combination of three different synthetic yarns in one product that made this development possible.

The first LigaTurf RS+ filament used in the LigaTurf Motion is smooth and was originally developed for synthetic turf systems that are employed in professional football especially. Since the LigaTurf RS+ filaments are longer than the rest of the surface of the turf, they stand out visually and also ensure a pleasantly soft feel on the skin when tackling. Other positive properties of the fibre include a very good rebound capacity and high resistance to wear.

The second filament, the LigaGrass Pro yarn, has a crimped structure, helps to stabilise the turf and generates the necessary traction for the footballers. Fullness and an appearance similar to natural turf are provided by the third filament in the group, the likewise crimped and particularly soft Synergy yarn. All three filament types are hard-wearing and UV-stable, while the patented CoolPlus pigments reduce the amount by which the surface of the turf heats up on hot days.

The TriColour scheme combining three shades of green in one yarn gives the pitch a fresh and natural look. Friedemann Söll, Chief Product Officer Region EMEA of Polytan, sees enormous potential in the product develop-ment presented for the first time at FSB: “The LigaTurf Motion allows us to offer all football clubs an easy-to-maintain synthetic turf system with very good playing properties that doesn’t use any infill whatsoever.”